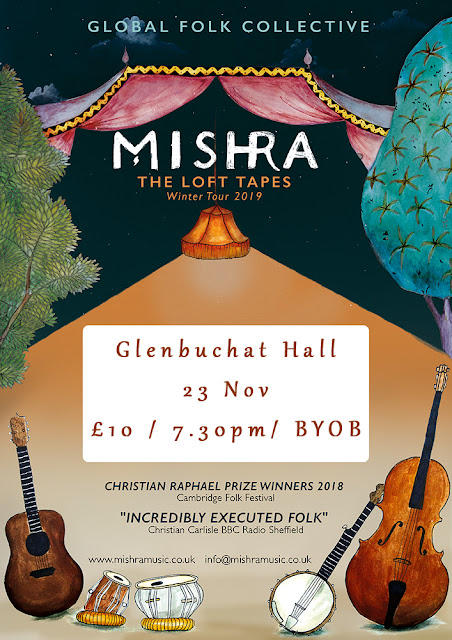 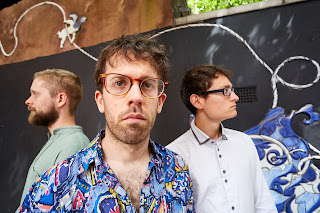 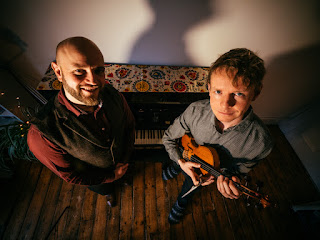 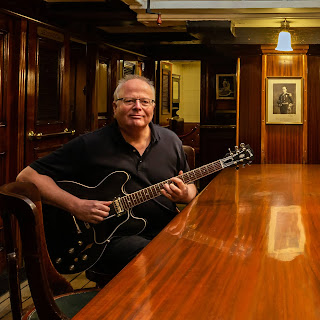 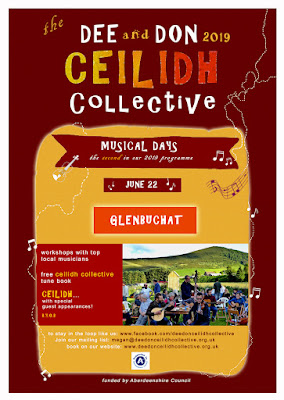 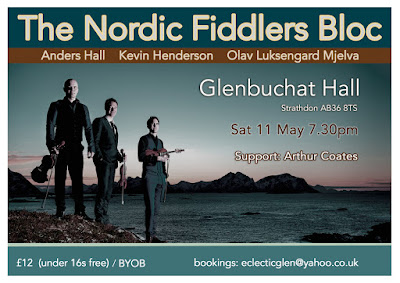 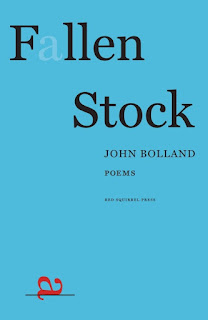 Further detail of John's work can be found at www.aviewfromthelonggrass.com 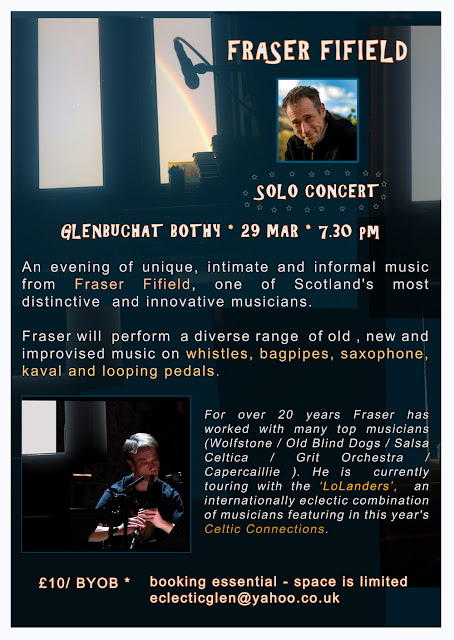 'Mapping the Buchat in Sound' 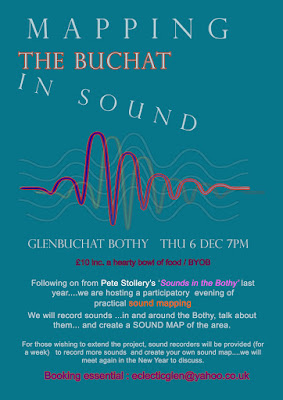 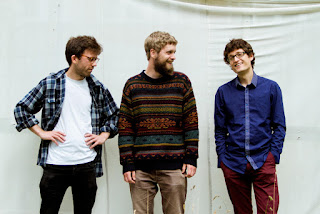 Treppenwitz is a project dedicated to improvisation and the exploration of sounds within open structures. The vision of the band is of a collective, organic approach to improvised performance, where each member is a leader, and can shape the direction of the music as such.

Compositions are all contributed by the members, and are used as a springboard for exploration of sounds, textures, harmony and rhythm. This performance is part of their Feb/March 2018 UK tour to promote their new record, Short+Long Ditties, which was released on New Jazz Records.

“In something of a crowded market, the young piano trio Treppenwitz is making a fresh new case for the medium, with an ensemble sound and historical awareness that both builds upon and ignores what has come before. Their performance at mjf 2017 captivated the audience with its reflective miniatures and extended investigations into sound, not afraid of lyrical melodies - nor of avoiding them. It’s a band that will surely blossom over the coming years.” – Steve Mead, Manchester Jazz Festival

The album, available for free streaming from Bandcamp:
https://treppenwitzmusic.bandcamp.com/releases

Glenbuchat Eclectic Events and the Outsiders Scottish Charity in support of the Amal Project are pleased to present a Syrian pop-up restaurant at Glenbuchat Bothy on 20th October.

Syrian Cuisine prepared and served by some of our Syrian New Scots together with Syrian music guarantees a memorable night out.

Price is £20 per person and advance booking necessary either to
Eclectic Events : eclecticglen@yahoo.co.uk or The Outsiders (greatscotts@waitrose.com) 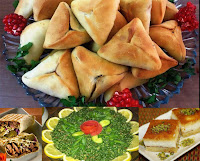 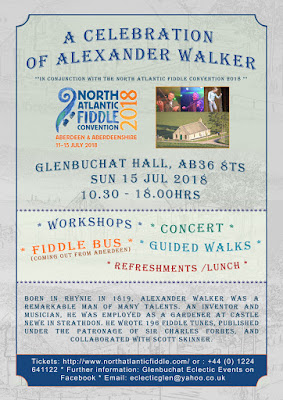 Glenbuchat Eclectic Events arranged  for the Syrian New Scots to have a day out on Sunday, the 17th June, as part of the celebration of the Festival of Eid at the end of Ramadan. Coaches took them to Braemar, where the Braemar Community Ltd. treated them to a tour of the Castle, historic walks and some pipe music. Afterwards, the whole group came to the Lonach Hall in Strathdon for food, entertainment and friendship

Support from Arthur Coates and friends 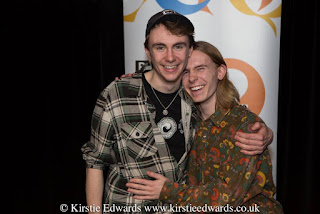 "To describe their instrumental style as spirited and animated would be akin to asserting that Bellowhead can be quite an energetic band" - Clive Pownceby, Living Tradition

"Do keep your eyes and ears open for these rising stars as they prepare to take the festivals by storm this summer" - Rebekah Foard, Bright Young Folk

"Fabulous, I haven't seen anything like it in 45 years of folk!"
- Dave James - Bromyard Folk Festival 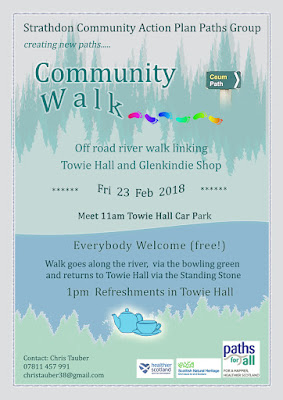 What did transhumance ever do for me? 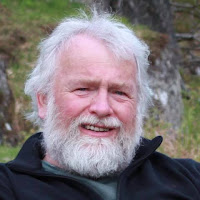 An illustrated talk  by Fred Gordon.

- The history of the sheiling system in Scotland
- How and why it developed
- How it still resonates in our local culture today
- How it may have influenced the development of the Strathdon community
- Do some people who have moved here, or have holiday homes here, still subconsciously hark back to those times?

Followed by questions and discussion. 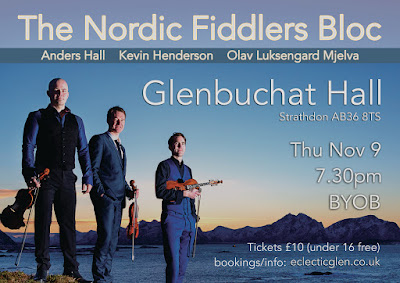 
Deirdre of the Sorrows 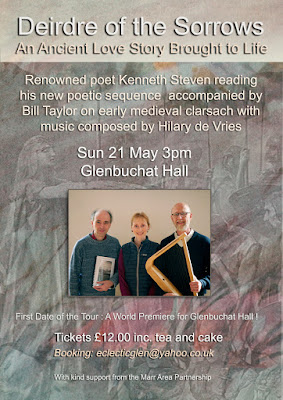 Bees in The Bothy

'How many bee-miles in a teaspoon of honey?'

A buzzing event with Glenkindie beekeeper Maria Dawson and others, contemplating the journey from flowers through pollen to honey. 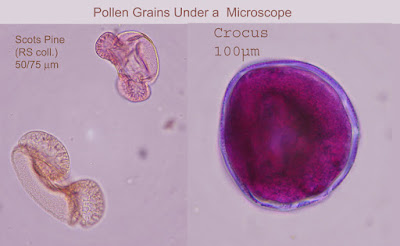 A storytelling and harp session in Glenbuchat Bothy with Heather Yule.

A hearty bowl of food provided.


Traditional Scottish folktales and Traveller tales form the basis of Heather Yule’s repertoire. Her storytelling is enriched by music from the clarsach.

Heather’s mother, Dr Barbara McDermitt, undertook a PhD on folk narrative, and from the age of eight Heather was taken on many recording trips, including the Gaelic tradition bearer Nan McKinnon on Vatersay, master storytellers from the Scottish Traveller tradition such as Stanley Robertson and Betsy Whyte, and Appalachian story teller Ray Hicks.

These early experiences showed her the importance of the folktale within different cultures. Heather is involved in Edinburgh’s Scottish Storytelling Centre, and had performed in Europe, Scandinavia and North America. 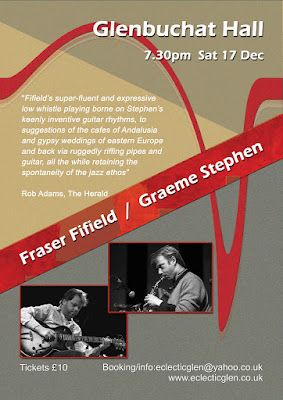 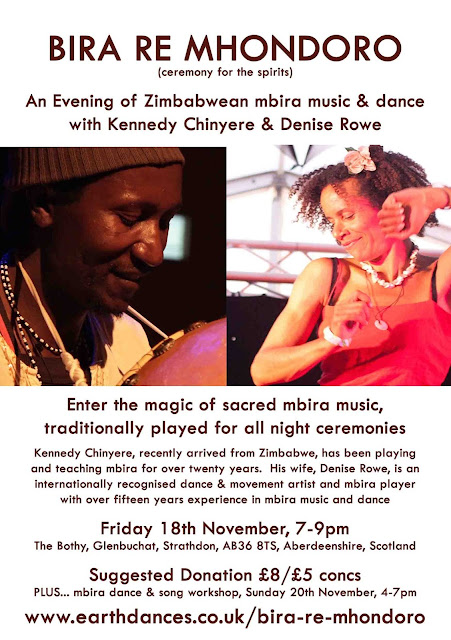 Sound in the Bothy

We’ve forgotten how to use our ears – we’ve forgotten how to listen The dominance of the visual over the aural has increased slowly over the past few thousand years. There was a time when, in order to locate the current position of our next meal, we would listen intently to the sounds it made and only then, using our eyes, would seek out the animal in order to kill it. Now, many of us seem to just wander around supermarkets looking for an attractively packaged meal, iPods in, but not really listening. Pete Stollery, will present some of his work which tries to address this shift away from focussed listening towards a kind of passive hearing.

Poetry in the Bothy 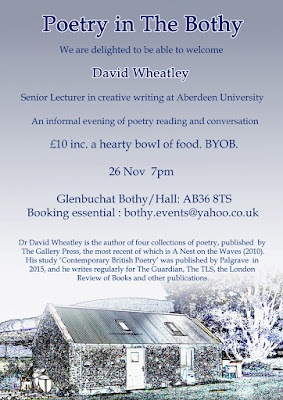