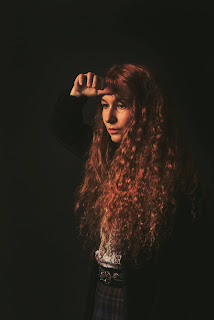 "Scotland-based singer-songwriter Lizabett Russo merges her native traditions with elements of contemporary jazz, avant garde folk and world music, a range of influence effortlessly spanned by her powerfully versatile voice. The BBC have championed her work - featuring on both BBC Radio 3 and Radio 6 as well as the BBC stage at Latitude Festival. She has also toured extensively around Europe and Asia.

Musically Russo's influences are wide ranging. Echoes of her native Romania are beautifully interwoven with avant garde folk, contemporary jazz and world music. Her humble stage persona belies a talent which has drawn comparisons with the likes of Joanna Newsome and even Bjork! 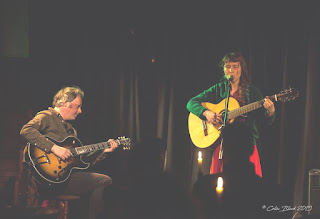 Lizabett will be accompanied by the award-winning jazz guitarist Graeme Stephen. Today he leads and contributes to a multitude of musical projects in Scotland and overseas, playing a wide array of styles from free improvised jazz to Scottish folk. Stephen's peerless improvisational skills and talent for composition make him one of Scotland's most exciting and prodigious musical talents.

"This is simply world-class work, by any standard" - Tom Robinson, BBC Radio 6"
Email ThisBlogThis!Share to TwitterShare to FacebookShare to Pinterest
Home
Subscribe to: Posts (Atom)